The state of religion of Lao is Buddhism and organization of the Buddhist community of monks, novice and clergy is equaled to the political hierarchy of the country. About 90% of the Lao people practicing Buddhism professed Theravada Buddhism (“The Doctrine of the Elders”) with approximately 5,000 temples serving as the center of religious practices as well as the focus of the community in the rural areas. Introduced by the Mon Buddhist in the eighth century and was spread throughout the country between the 14th century and 17th century.

Theravada Buddhism preaches about introspection and insights into one’s own actions, actual experiences and consequences rather than a false belief. It is based on three concepts: the dharama, doctrine of Buddha; the karma, the retribution of actions and; the sangha, monastic community, in which man can improve the sum of his actions. Based on the doctrine of Buddha average people cannot hope for nirvana at the end of his life but nirvana comes after having achieved enlightenment regarding the deceptive nature of existence.

The main religious practitioners among Laotians are the monks; every Buddhist male is expected to spend a period as a monk at some point in his life, usually happen after school, prior to their marriage, or in old age. Lao male serves monkhood for a month to three others spends years in the monastery to gain both secular and religious knowledge.

One decree of monkhood is the detachment from the world and worldly possessions, thus monks must rely on the generosity of people for food and clothing. As a common practice Laotians can be seen lining up along the street to offer food to the monks.

In lowland villages wats (temples) serve as a center of religious devotion. Lao temples serve as a center of Buddhist learning and during religious festivals, villages observe specific rites, people offers additional special offerings of food, robes and religious articles to the monks. Religious festivals occur in conjunction with the lunar calendar and thus may not happen on the same monthly dates year by year. One of them most important festivals in the country is the Visakha Puja, it celebrates the birth, enlightenment and death of Buddha this usually fall during the full moon of the sixth month- usually May, this celebration is centered around the local wats with candlelight ceremonies. That Luang, a Lao style stupa in Vientiane is considered to be the most sacred Buddhist monument in Laos and it is also the location of the week-long festival celebrated throughout Laos in which hundreds of monks gather to pray.

Animism is considered second most dominant religion in the country. Animism exists among all segments of Lao population. Brought by the earliest inhabitants of the country Animist beliefs is considered among the oldest form of religion. The belief in phi (spirits) is clearly indicated by presence of animist shrines throughout the country. The Animist belief is blended with Buddhism, particularly at the village level. Some monks are respected for their ability to exorcise malevolent spirits from sick people or to keep them out of the house. Spiritual hut are mostly seen in corner of temples’ grounds or in houses. They are often elaborated and placed in a carefully chosen spot sheltered from sun with food and drink as well as candles.

Phi is connected with the universal elements- earth, fire, water and heaven. It is a common belief that within the body lies khwan (thirty two-spirits) illness occurs when one or more of the khwan leaves the body. The condition can be reversed by the soukhwan or baci, a ceremony that calls personal spirits back to an individual.

Ceremonies concerned with phi commonly involve an offering of chicken and rice liquour. Once the spiritual essence of the offering was taken by the phi, people may consume the earthly remains. Lowland villages believe that they are protected by the phi ban (village spirit) and annual offering is required to ensure prosperity in the villages.

Christianity is considered by a small subset of the population particularly among the Hmong tribe. There are three recognized Churches in Laos – the Lao Evangelical Church, the Seventh-day Adventist Church and the Roman Catholic Church. Protestant congregations conduct services throughout the country while Catholic Churches are more restricted in the north part of the country, major urban centers and nearby Mekong River in the central and southern region. There is also a small communities of Muslims exist in the country. 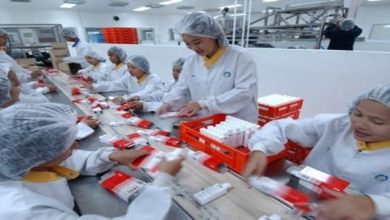