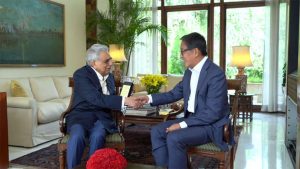 Hong Kong (Hong Kong SAR) – November 6, 2019 (travelindex.com) – Restaurateurs will finally have the opportunity to gain comprehensive insights into tourists’ dining preferences and behavior through analysis of online reviews thanks to a ground-breaking study by Professor Rob Law of the School of Hotel and Tourism Management (SHTM) at The Hong Kong Polytechnic University and his co-researchers. Having developed a data-mining framework to analyze more than 40,000 reviews of restaurants in Sydney and Melbourne, Australia, the researchers reveal a range of tourist preferences and suggest that their method could be extended to other areas of tourism.

Everyone has to eat, and food is an important part of our lives. This is especially true when on holiday, the researchers argue when food plays a “central role” in tourists’ experiences and accounts for around a third of their overall spending. It is hardly surprising, then, to find that tourism practitioners demand an “insightful understanding” of tourists’ dining behavior and preferences so they can improve their product offerings and marketing campaigns. They are not only interested in tourists’ food type preferences, but also the “actual dishes they consume” for different meals. Yet this kind of information is scarce, mainly because traditional investigations using methods such as surveys cannot capture such a level of detail on a large scale.

Fortunately, highly popular websites such as TripAdvisor and Airbnb encourage users to share their travel experiences and reviews of restaurants, hotels and other services, providing a rich source of information about tourists’ preferences and behavior. The researchers thus sought to develop a general research framework that could process and analyze restaurant reviews and provide insights into the “preferences and subjective opinions of tourists”.

To most effectively test their framework, the researchers realized they should focus on reviews of restaurants in Melbourne and Sydney, the two largest cities in Australia. They note that “cuisine-related tourism has become an essential component” of Australia’s international marketing strategies, and that the country offers a “global cuisine” melding the foods, flavors and cooking styles of the substantial migrant population.

The researchers developed web crawler software to extract review contents automatically. Various pre-processing techniques were then applied to turn the content into usable data. For instance, a geocoding tool was used to identify reviewers’ locations. Text mining techniques were used to identify the words of interest in the reviews, such as different food types or dishes so that they could be searched for and used in subsequent analyses. A previously trained model was applied to the reviews to estimate the sentiment expressed in them, and then to categorize each sentence as positive, negative or neutral.

The data collection software was then applied to 40,948 reviews of 2,265 restaurants in Melbourne and Sydney. The location information showed that the reviewers came from 167 out of all 195 countries in the world. Given this widespread, the researchers decided to focus the case study on the 14 countries that contributed the highest number of reviews, ranging from the UK with almost 11,000 to Germany with fewer than 500. These countries were then grouped as either Western or Asian.

Italian was the most popular type of cuisine – almost 20% of the reviews were for Italian restaurants – followed by Chinese and Japanese. Certain tourist groups, particularly those from Italy, India, and France, showed a strong preference for their “own national cuisines”, whereas tourists from Malaysia preferred Chinese restaurants and those from Indonesia preferred Japanese and Thai food. The researchers advise that tourism practitioners should “pay special attention” to these groups and highlight the availability of their preferred food options to improve their “dining experience and satisfaction”.

The preference for own-country cuisine did not, however, necessarily translate into satisfaction with the food. For instance, although many Italians left positive reviews, considerable numbers expressed quite a negative sentiment, particularly with reference to sauce and pasta. Indian tourists seemed to be more satisfied with restaurants serving Indian food, particularly “wine, fish, curry, and lamb”. Restaurant managers would do well to take note of the sentiments expressed in tourists’ reviews, like understanding which types of food are preferred and receive the most positive comments can help managers to plan menus and direct different customers to the most popular dishes among that group.

The study also looked at which types of food and drink were offered by different types of restaurants. As Australia is “famous for its wine production” and wine tourism is growing in popularity, the researchers were not surprised to find that wine was consumed in 11 out of 13 restaurant types, especially those serving Western cuisines. In pubs, however, beer was almost four times as popular as wine, while cafes were most popular for “light food items” such as coffee, dessert, egg, cake, and chocolate.

Fewer tourists left reviews for places where they ate breakfast than for other meals, but when they did so, they were most likely to take breakfast in a café, possibly because their options are limited by the opening times of other types of restaurants. As cafes are the least popular place for dinner, they might do well to focus on offering “more light food items in the breakfast menu” to encourage more visitors at this time of day.

Indian restaurants were the least popular place for lunch, whereas cafes were the least popular for dinner. Restaurant managers should take note of the different kinds of foods preferred for different meals and tailor their offerings accordingly. Wine, steak, and lamb seem to be highly popular options for dinner, for example, whereas salad, burger, fish, chips, and beer should be reserved for lunch.

Western tourists were more likely than Asians to visit pubs, probably because they originated in the UK and, as the researchers note, “many countries in Europe and North America are under the influence of British culture”. There seemed to be little difference in the preference for cafes, although Indian tourists were the least likely to visit them. Given Westerner’s preference for pubs, tourism practitioners could promote “pub-dining experiences” to this group.

For many tourists, the features of a restaurant may be just as important as its cuisine when deciding where to dine. The most important feature was service followed by staff and price, while value and atmosphere were rarely mentioned. Noting that restaurant features seem to be more important to Western than to Asian tourists, the researchers suggest that restaurants that are more popular with Westerners, such as Italian restaurants and pubs, should focus on the quality of service and other features. Managers of Chinese, Thai, and Vietnamese restaurants, in contrast, should “direct their limited resources to improve food quality”, as Asian tourists are more likely to visit these types of restaurants and are less concerned about features.

Given the comprehensiveness of their findings, the researchers comment that their data-mining framework could be successfully extended to other areas in need of a better understanding of tourists’ preferences. They suggest, for instance, that with refinement it could be used to analyze reviewers’ photos of food and restaurants to “provide insight into tourist’s own experience and specific interests”. Indeed, the potential of such techniques opens up exciting possibilities for understanding all kinds of consumer attitudes and behavior.

A Reunion of Tastes, TAAN and Karmakamet Conveyance